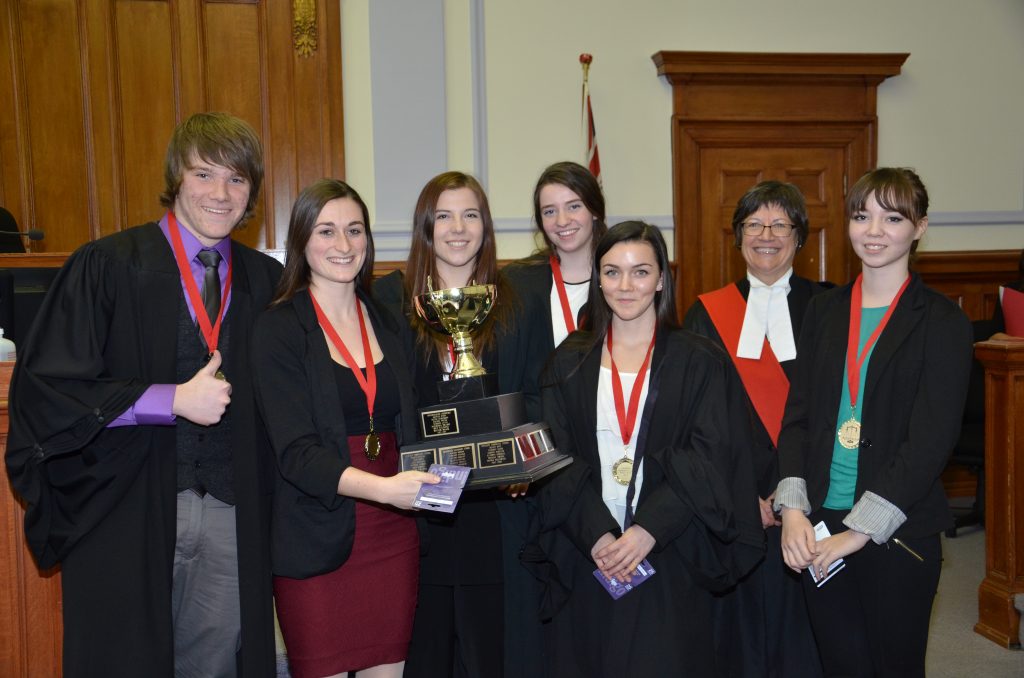 Groups can learn the most about our justice system by experiencing it themselves in a simulated trial, called a “mock” trial. A mock trial is a definitive, dramatic, experiential learning opportunity. It develops advocacy skills and critical thinking in addition to providing knowledge about the law.

With the assistance of the teacher and lawyers from the Greater Sudbury community, students prepare their best legal case against other schools from the area in a regional competition at the courthouse on Elm St.  Confederation has established itself as one of the best programs in the city which culminated with back to back city Championships and Hennessy Cup winners in 2014 and 2015. 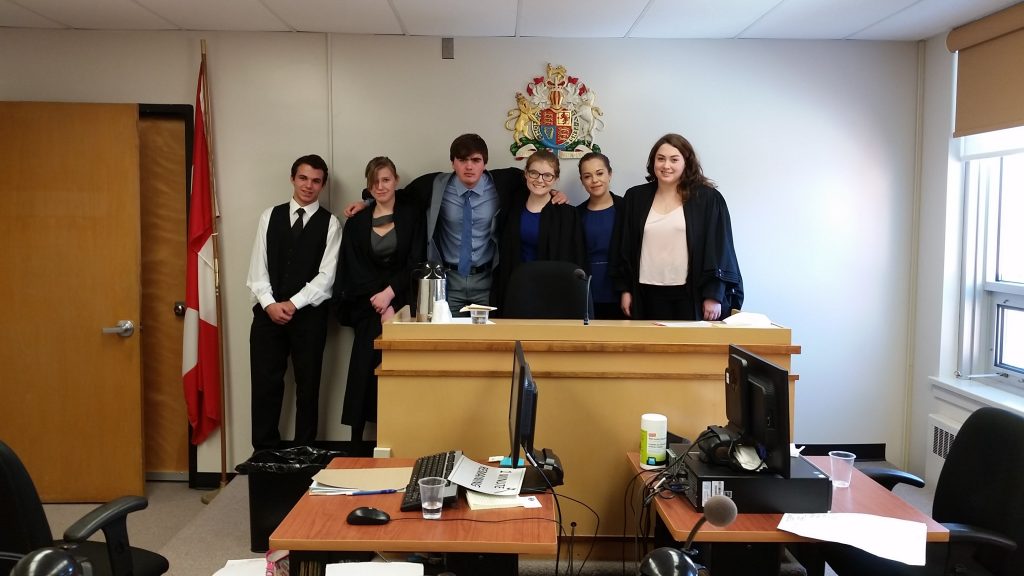 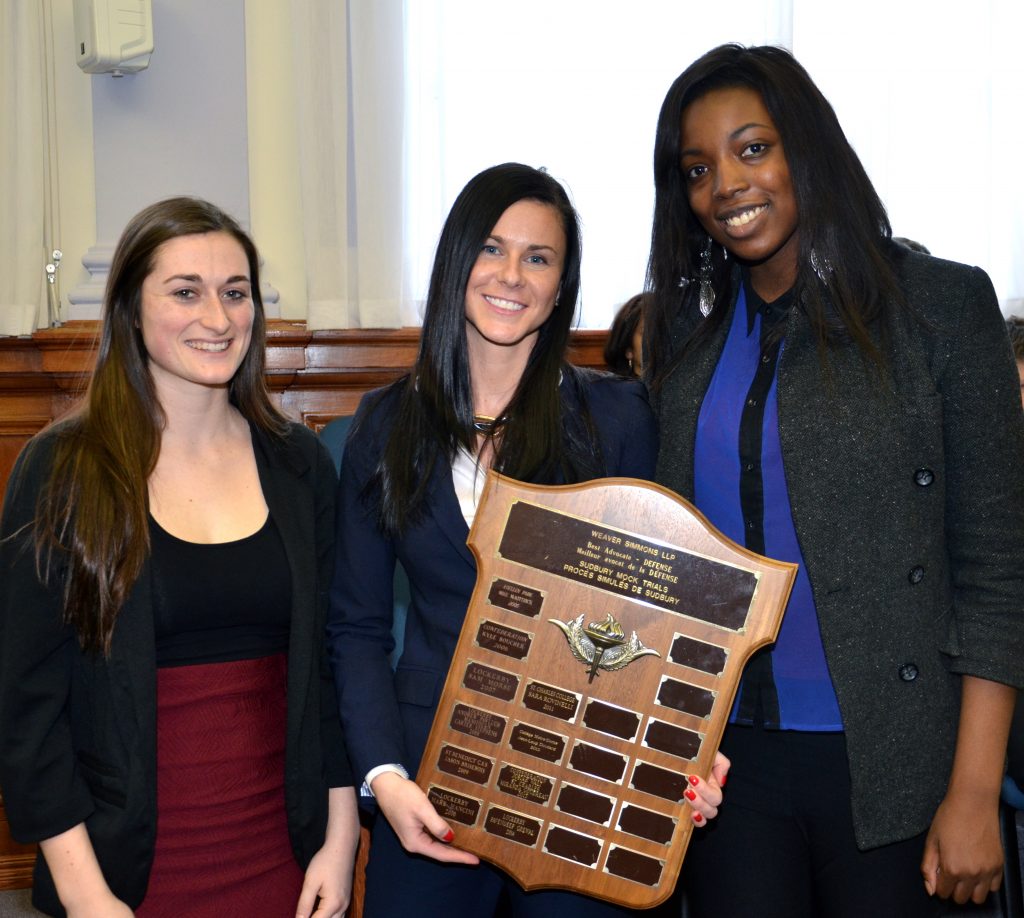 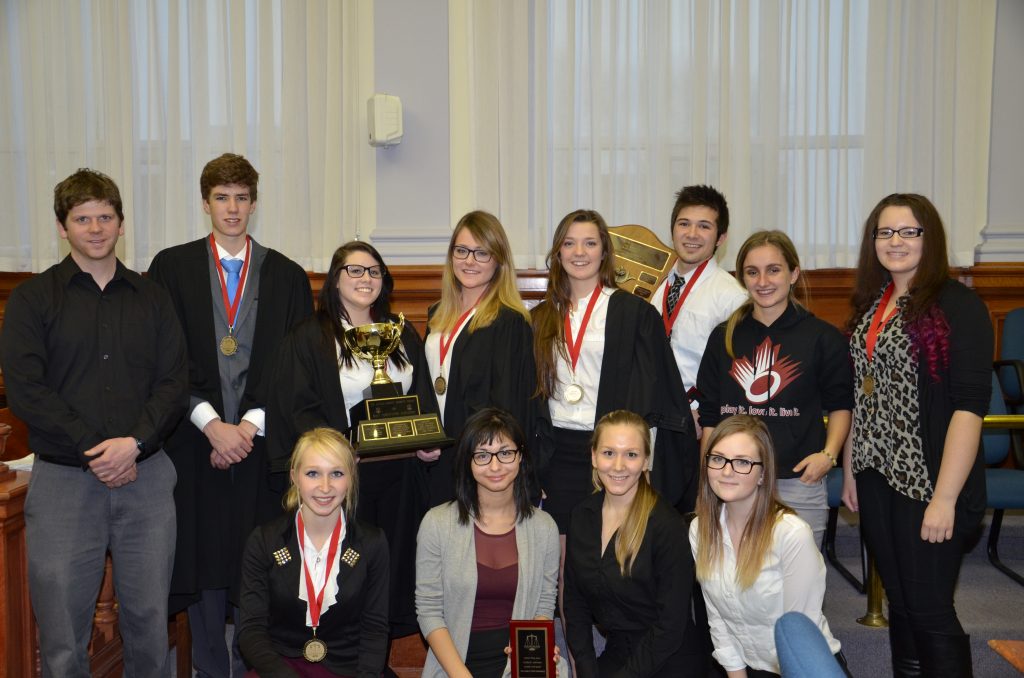 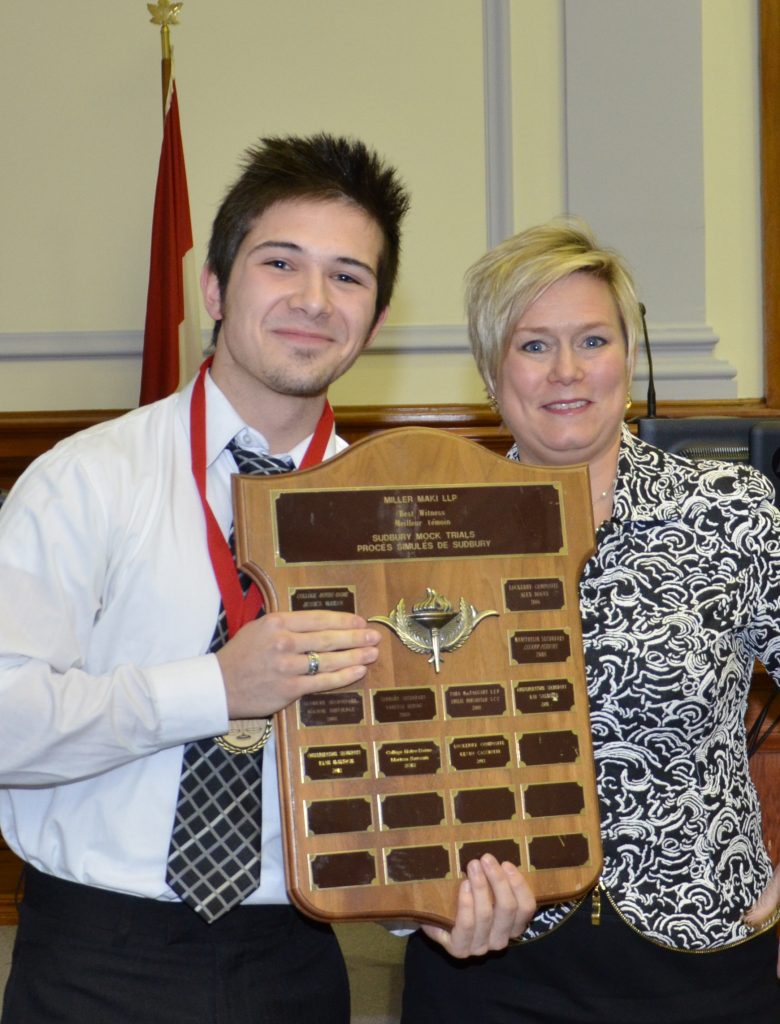 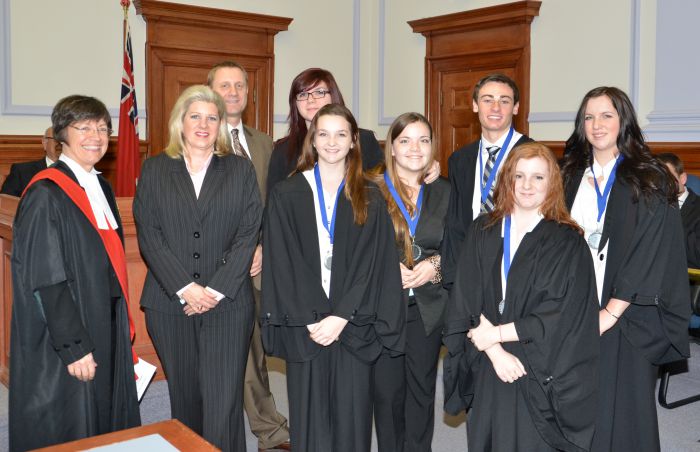 Students from Confederation Secondary School were the proud recipients of the silver medal at the Mock Trial Competition on January 14th, 2013. Presenting the award, from the left, are Madame Justice Patricia C. Hennessy, Mayor Marianna Matichuk and Greater Sudbury Police Chief Frank Elsner. The team included, from the left, Danica Lavergne, Julia Whissell(in the back), Venessa Young-Armstrong, Josiah Walt, Mikaela MacKenzie, and Rianne MacKenzie. The team was guided by the legal expertise of Karen Lische and Nathalie Boivin from the Crown Attorney's Office and teacher Brad Smith. 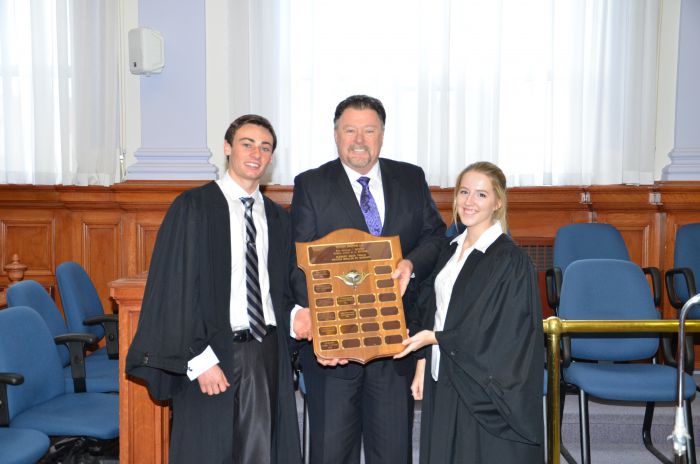 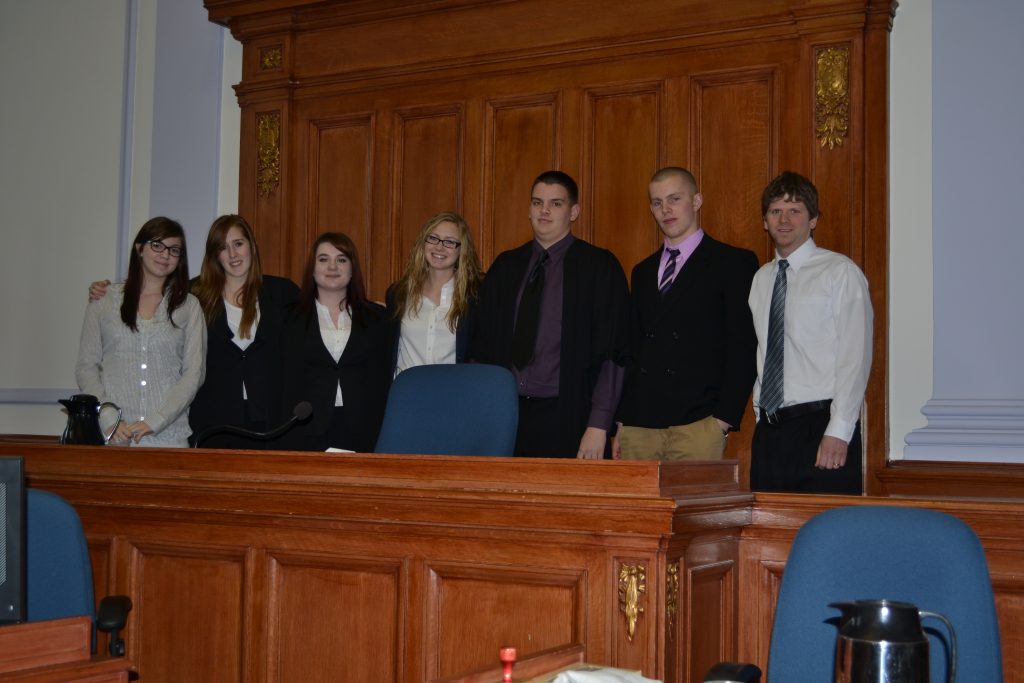 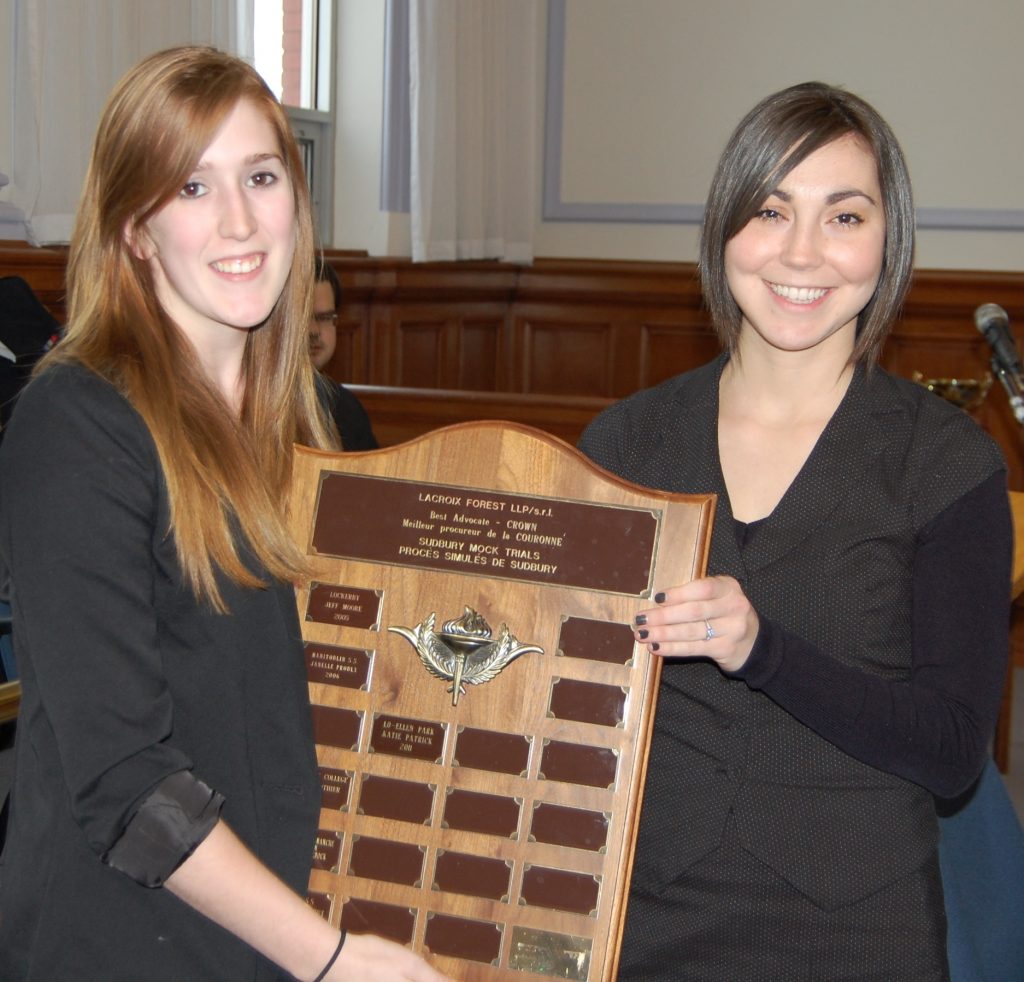 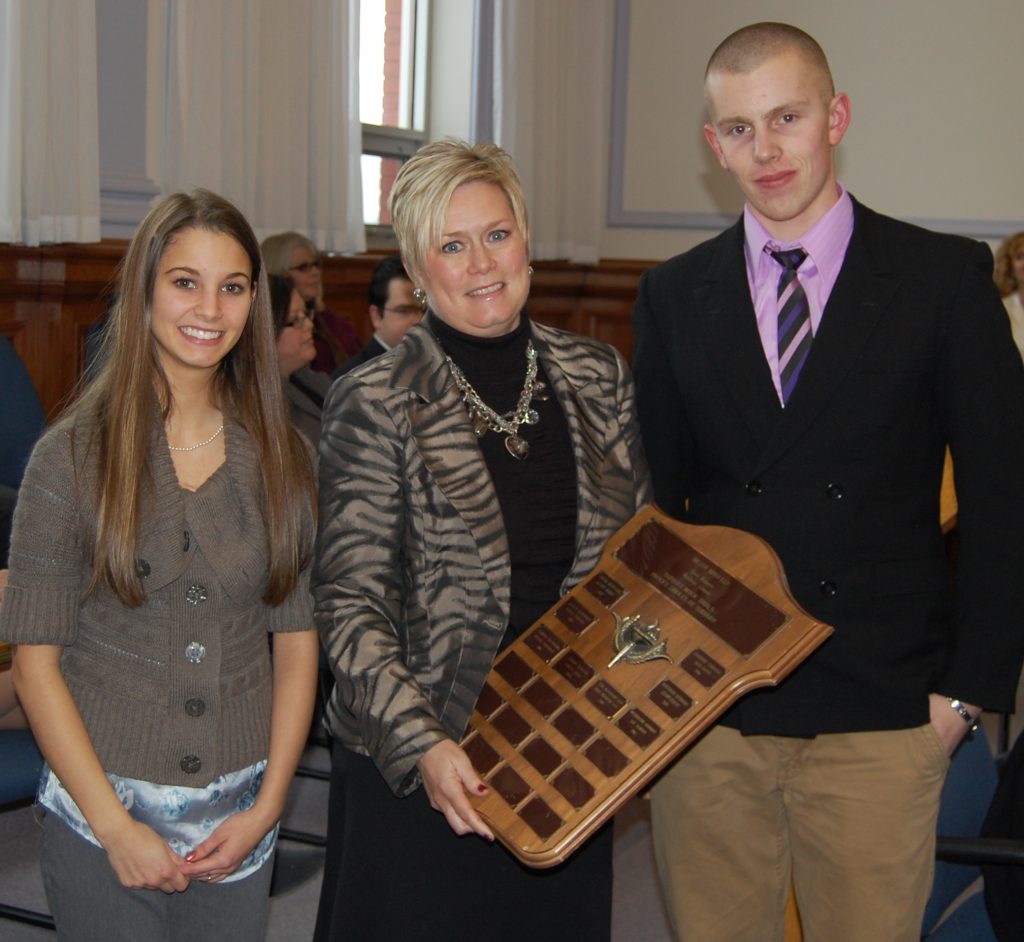 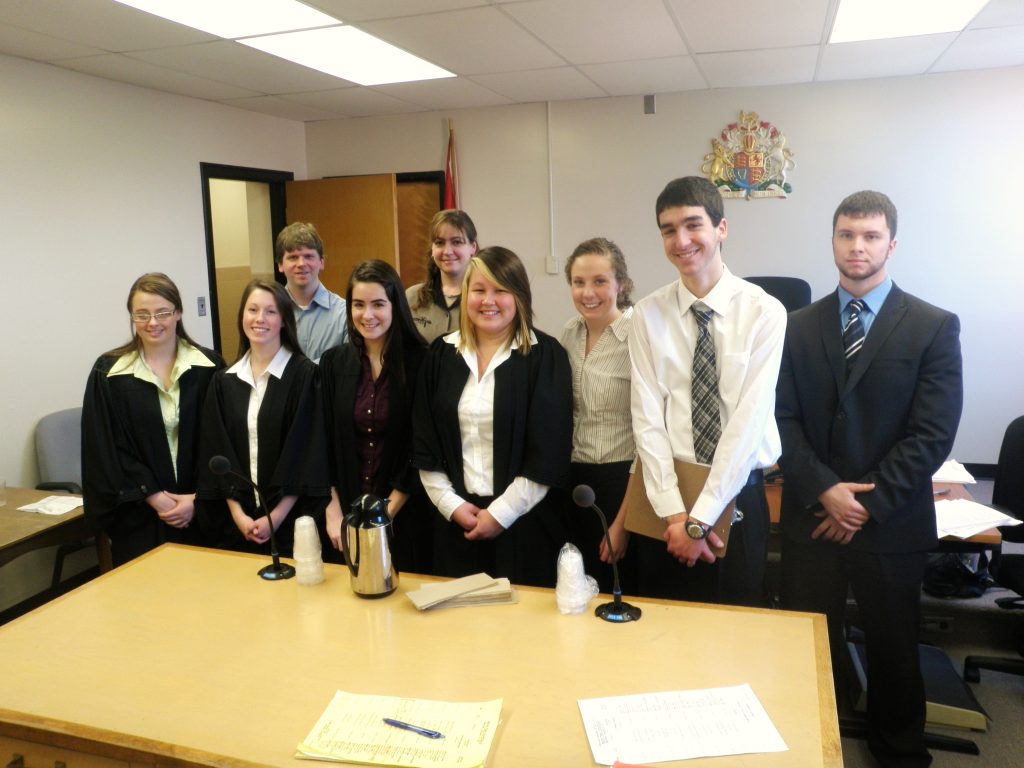 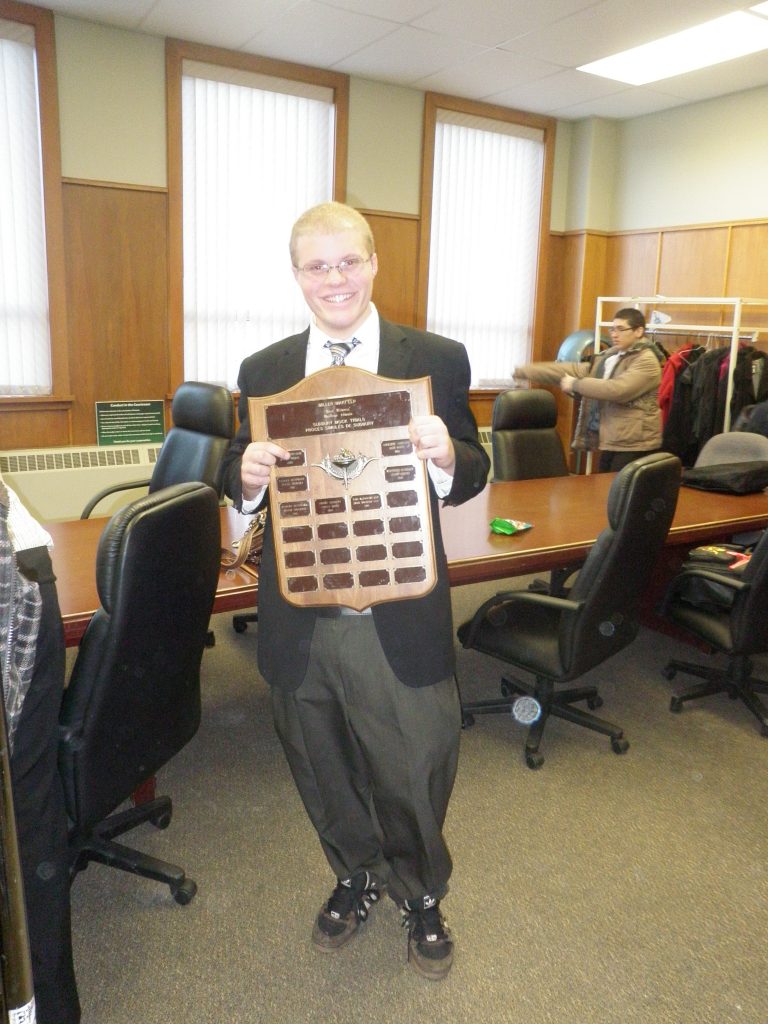